The Alexander Technique and Your Singing Voice! 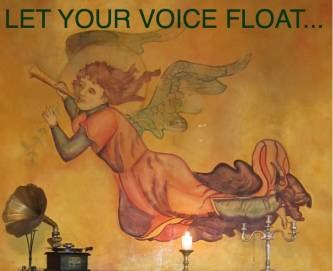 The Alexander Technique and YOUR Singing!

ALL ABOUT SINGING Podcast #3

I spoke recently with the Canadian singer and singing teacher, Caroline Holden about how this technique has helped her own singing and much more...

Caroline, who lives in Montreal, Canada, started singing in rock bands in her teens.

She realized that she may be damaging her voice with night after night of "screaming at the top of my lungs" and so she began taking singing lessons to help keep her voice out of danger.

Some years later, (not many!) she found herself launched into a professional singing career - performing with long-established singers in big concert halls in both Canada and Europe.

Caroline talked with me about her evolution as a singer and the difficulty of keeping a professional voice in shape while forging a promising singing career.

What If Your Voice Gets Into Trouble?

She also speaks very honestly about her own voice troubles that eventually led her to studying and later, to teaching the Alexander Technique which "helps you to identify and lose the harmful habits you have built up over a lifetime of stress and learn to move more freely."

She talks about how people are helped to overcome stage fright and many other emotional problems that Learning Method expert, David Gorman deals with in his workshops.

The Learning Method is described with this quote: "I believe that any teaching is fundamentally ineffective, whatever the method, unless it helps people feel, experience and become confident of their essential resourcefulness, their real self, their inborn freedom and security, their uniqueness and universality, from the inside of themselves and by themselves." - paraphrased from Akihisa Kondo

Caroline Holden has a lot to say about what it takes to teach well, to properly support a singer on their musical journey, and how to regain stability after a vital sense of balance has been lost.

I wish you GREAT singing that is full of ease...

Back from Alexander Technique to Singing Tips With Barbara Lewis