Praised for her wide range and deep emotive power, Lewis sings well-known songs from many vocal genres as well as her own song compositions.

(Lewis often sings in intimate spaces for parties, fundraisers and other special occasions.)

-  You Take My Breath Away (by Claire Hamill) - high definition recording in an intimate setting as part of a documentary film.

"Versatile, eclectic, and astonishing, with a voice that is at once both comforting & heartbreaking. Lewis brings the best of a classical voice to popular music."

"Lewis has a gorgeous voice, disciplined to serve her musicality." 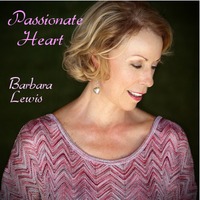 Barbara Lewis Music has two CDs in the works - "A Peaceful Christmas Eve" and "Passionate Heart "- both to be released in 2013.

From her upcoming CD, "Passionate Heart," listen to clips from two songs - also featuring Chad Linsley at the piano:

- Aint Love Easy (by Carol Hall)
- How Do You Keep The Music Playing? (by Michel Legrand, with lyrics by Alan and Marilyn Bergman) 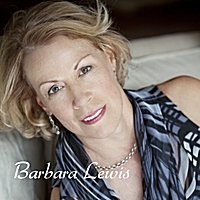 Quite a journey carried by a powerful voice." - Aquarius, Atlanta
"Two women who have operatic backgrounds and now offer albums that are both romantic and metaphysical are Sarah Brightman and Barbara Lewis..... Lewis, who writes her own material, has performed on stage in shows such as Book of Dreams. (Her CD), Hara's Quest tells the story of a woman who searches for her true home and on her way meets spirits, dolphins, ET's and others as she visits both past and future cities. Quite a journey carried by a powerful voice."

Lovely, both exciting and soothing, musically intricate
First impressed by this on Classic Arts Showcase... Lewis has a gorgeous voice, disciplined to serve her musicality. - Ariane Csonka

Back from Barbara Lewis Music to BarbaraLewis.com

"Lovely, both exciting and soothing - musically intricate."
First impressed by this on Classic Arts Showcase... Lewis has a gorgeous voice, disciplined to serve her musicality. - Ariane Csonka