Vibrato - Singers! Do you need it? Do you like it? 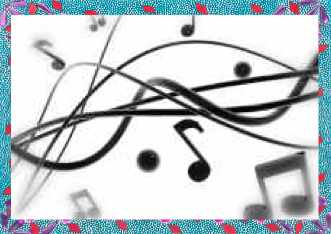 Vibrato is a pretty tricky issue among singers. Some singers wish they had more of it. Others wish they could get rid of too much of it. Some singers feel that vocal-vibrato should not be used much in their style of music - (jazz comes to mind); other singers dream of having the technical ability to choose the amount that works for the needs of a particular song.

So where do YOU stand on this issue? Do you like your yours? Do you use it as an ornament? Do you have control over it? Do you always sing with it? Or never? 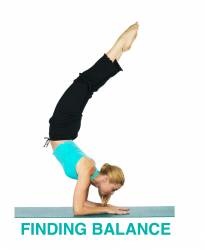 What do some voice experts say?

The late Shirlee Emmons (singer and coach) has some very interesting things to write about vocal-vibrato and what the voice doctors have to say about it.

She quotes a voice expert, Carl Seashore who believed that:

“A good vibrato is a pulsation of pitch, usually accompanied by synchronous pulsations of loudness and timbre, of such extent and rate as to give a pleasing flexibility, tenderness, and richness to the tone.”

Some singing teachers feel that singing without any -vibrato- can be harmful to the singing voice. That this sound is natural to a good, well-produced tone.

Others think that the use of vocal-vibrato is a "choice:" in other words, a good singer can choose to use it in one style of singing and not use it as much in another.

Another voice expert, Ingo Titze, believes that:
"Vibrato is an ornament of music that is used by both vocalists and instrumentalists... If executed correctly, vibrato draws no attention to itself, but rather enhances the quality of the sound. Skilled performers know the bounds of vibrato, decreasing its extent during rapid melodic movement and increasing its extent during long, sustained passages when melody and vibrato are less likely to be confused."

These days, we accept and expect less vocal-vibrato from our popular singers.
However, in my reading about the history of the use of vocal-vibrato, it seems that today we tend to use a less-obvious (less-fluctuating) vibrating sound than in past years.

I suspect that with the prevalence of pop and rock styles of music, our ears have become accustomed to the "controlled shout" style of singing that is less saturated with vibrating-sound.

What do some of the most famous singers do? Whitney Houston? Elvis Presley, Freddy Mercury...

I listened to quite a few well-known singers and concentrated on how they used vocal-vibrato. Here are a few... (sorry about the ads that begin each video... )

Listen to Whitney Houston in this video. To my ear, she is singing with a fast, light vibration most of the time. Now and then, on a longer held note, she starts with a straight tone and then adds the -vibrato- half way through the note. But I was surprised at the consistency of her -vibrato-. What do you think of her singing? (aside from the rather nervous beginning.)

Here is Freddy Mercury - I hear quite a lot of vocal-vibrato - even in his most shouted notes. He is a very dramatic singer.

Here is Renee Fleming (opera) - Again, a light, fast -vibrato- in the operatic style. Her larynx is kept much lower in this style so that we hear a lot more depth in the tone and the vibrating sounds resonate more deeply.

And finally, rocker, Steven Tyler with gospel singer, Juliette Hamilton. Not much vibrato in his voice. He is using a shout sound most often and there is no sustaining time to put the fluctuating sounds in motion. But there is quite a lot of vibrating sound in Juliette Hamilton's  voice. What do you like better? Or do you enjoy both performances? (Just a note: Steven Tyler has had a lot of trouble with his voice. His particular shout-style of singing used over many years of performance has done damage to his vocal cords.)

I listened to about 15 singers from different styles and backgrounds. Each used vocal-vibrato a little differently. In some, the fluctuations were much broader - in others, very light and slight.

I think we all know that the opera sound with the deep larynx is not appreciated in non-classical singing. But aside from that, there is so much variety in most styles! Quite surprising!

I think the best possible world for a singer is to be able to use well-produced vibrating sounds at will. And then we/you choose how and when to use it in different kinds of songs.

For myself, my challenge is to be able to sing notes in the upper range, where my voice gets quite big, with less vibrating sound than my "natural" full-throated singing voice wants to use.

What is your challenge? Where do you stand on the issue of how much is enough? Think more about this as you listen to singers whose voices you enjoy. And those who voices you don't enjoy so much. How much vibrato do they use?

Back from Vibrato to Singing tips with Barbara Lewis