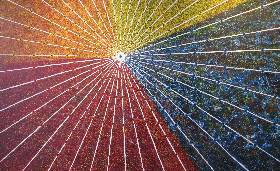 For the "ALL ABOUT SINGING" PODCAST #2 -
I spoke with Alan Fraser, a well-known pianist and a long-time practitioner of the Feldenkrais Method of body work.

We spoke about many issues that affect singers: how to stand to reduce tension, how to breathe, learning how to serve the needs of our souls....

Listen to Podcast #2 - Barbara Lewis speaks with Alan Fraser about Feldenkrais. and READ ALONG with what is being said, as you listen!

HERE IS PART ONE OF THE TRANSCRIPTION FROM THE "ALL ABOUT SINGING" PODCAST #2:

This podcast comes to you from singing-tips-with-barbara-lewis-com.

This week on the All About Singing Podcast:
Singers! Prepare to learn more about breathing and about how the way we stand can have major impact on how deeply we breathe and how well our diaphragms function when we vocalize.

I'm speaking with Alan Fraser, a well-known pianist and an expert in the Feldenkrais method of body work. Alan is going to tell us about why he, as a musician was so drawn to the work of Moshe Feldenkrais, and how his ideas about breath and movement can help singers improve their singing.

I spoke with Alan using Skype video. He was in Prince Edward Island visiting his family and I was in Montreal.

Here we are with Alan Fraser in Prince Edward Island in a beautiful home that's very close to the ocean.

Barbara Lewis: Good to see you.

Alan Fraser: How are you doing, Barbara?

Barbara Lewis: I'm doing really well. Alan and I knew one another when we went to University in Montreal, so it was a very happy surprise that I met him here in Montreal about three or four months ago and discovered that he was into Feldenkrais and had been for many years. So let's start with this. Give us a little bit of background on who Moshe Feldenkrais was.

Alan Fraser: Feldenkrais was an interesting character. He was actually a nuclear physicist and electrical and mechanical engineer. He was also an expert in Jiu-Jitsu who met Jigoro the founder of Judo and became Kano's student and ended up writing many books on Judo and becoming European champion of Judo.

Alan Fraser: And all this scientific background gave him a special understanding of the work of Matthias Alexander, whom he met in London during the war.

Barbara Lewis: Oh this is the Alexander technique…

Barbara Lewis: That many singers are familiar with…

Alan Fraser: Absolutely. And Alexander technique to my mind is the father of the Feldenkrais method…

Alan Fraser: Moshe was in London, he was developing radar systems for the British Admiralty but he met Alexander and he saw that Alexander's work was brilliant. And it related to his own experience of Judo where of course the greater strength does not prevail, but the better organization of the levers of one's body or the levers of one's skeleton. So he saw that Alexander was working on improved skeletal alignments to improve all the body functions both to the workings of the internal organs and movements and sounds and everything.

Now, Alexander was an elocutionist who brilliantly arrived at his deductions and his understanding through intuition and trial and error.

Barbara Lewis: Just before you go on…an elocutionist…tell us briefly what that is.

Alan Fraser: Well it's a kind of an actor but instead of acting in a play with other actors, he would have a solo gig where he would recite extracts from the great works.

Alan Fraser: Elocute. Also not only from plays but from speeches…

Barbara Lewis: Like a soliloquy, like when an actor is alone on stage and they have their soliloquy, their solo moment. This is what he did. How interesting.

Alan Fraser: Yes. He went around Australia and gave performances.

Barbara Lewis: Wow. I didn't know that. So then he made the leap from being that kind of an actor into body work. Into kind of minute detail in body work.

Alan Fraser: Well, Alexander lost his voice and he noticed…he studied himself in the mirror and he noticed that whenever he started to elocute he would jut his chin forward and shorten the back of his neck.

THIS IS THE END OF "PART ONE" OF THE INTERVIEW - READ "PART TWO" HERE.

Back from Feldenkrais Method to Singing Tips With Barbara Lewis