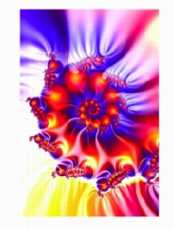 For the "ALL ABOUT SINGING" PODCAST #2 on the work of Moshe Feldenkrais and Singing - Part TWO of the transcript.


I spoke with Alan Fraser, a well-known pianist and a long-time practitioner of the Feldenkrais Method of body work.

You can listen to the PODCAST and READ ALONG WITH PART TWO as you listen!

Tune in to the Podcast MP3 HERE! PART TWO

Alan Fraser: That's right. So every singer knows the non-advisability of doing that. So he…and he finally figured out that when he did the opposite - his voice came back. And that was the beginning…the inception of his method.

Alan Fraser: So he expanded outward from that simple observation into the functioning of the whole body skeleton. Now Feldenkrais, with his scientific background, I think he understood more rationally the psycho-cybernetic processes that are at work in a good Alexander lesson. And he…actually there's something called the sensory motor feedback loop where sensory nerves send information to the brain and the brain activates the motor nerves based on that sensory information which then changes because the motor nerves have now moved the body to a new orientation and there's a whole different…and this sensory motor feedback loop is constantly at work in every movement we do through our waking day …ah, waking hours.

Alan Fraser: Of course, we're not aware of that, we're not conscious of that. That's all going on in automatic. There's one very simple exercise you can do to figure that out, and it's to lie on your side and to simply observe…with your legs long, and simply observe your breathing…just how it goes in, how it goes out. Where it goes in your torso, where the breath goes, and then, after a few breaths, bend your legs to a 90 degree angle so that your legs are now in the position they would be if you were sitting on a chair…

Alan Fraser: And observe your breath again. And many, many people notice that the breath deepens, which is kind of…it doesn't seem logical 'cause you're drawing your legs up. That would seem to scrunch the lower part of your abdomen and create less space, and yet the breathing deepens.

So, why this happens… The body, or rather the brain, when you're lying with your legs long, knows that you could roll forward or back and it stiffens certain muscles to stabilize you.

Alan Fraser: As soon as you bend your legs, the legs are now functioning as an outrigger strut. The brain knows that no matter how loose the muscles get you won't roll forward or backward and it loosens things, thus deepening the breathing.

AN IMPORTANT ASPECT OF THE WORK OF MOSHE FELDENKRAIS - THE SKELETON DOES THE WORK...

Alan Fraser: It's a simple little trick but it…it illustrates a really fundamental of Feldenkrais. You want to help the skeleton to take over work that the muscles are doing. The skeleton is designed to stand erect in the field of gravity, but not like a statue. Not rigid, not held. It's actually designed to be gyroscopically vertical.

Barbara Lewis: What does gyroscopically mean?

Alan Fraser: (Laughs). Well the human body is three gyroscopes…it's three spinning tops, one on top of the other…

And they're all…it's as if a puff of wind comes along and then you don't resist it but it actually blows to a slightly different place but you stay vertical and then there are thousands of minute adjustments going through the entire skeletal frame to keep you vertical but held in a state of unstable equilibrium.

Alan Fraser: In one of his books on Judo he talks about unstable equilibrium. This is before his method ever was developed. And he said of course it's the fundamental process of Judo because the strongest man in the world can be pushed over by a five-year-old if the man's ankles are tied together. Right?

And so the Judoka works to undermine the other person's balance and if you're in unstable equilibrium every muscle is immediately available to move you somewhere else. But as soon as you're locked into verticality then you have to unlock the muscles before you can move them.

And then, when he was injured…it was an old soccer injury…a knee injury that flared up. And the doctor said, "You have a fifty per cent chance of walking after the operation," and he said, "Well, forget that. I'm a scientist. I don't do experiments with less than a 98 per cent chance of success." So he lay in a hospital bed and seeing as this unstable equilibrium relies on such minute constant adjustment, he did tiny, tiny little movements of his legs, so tiny that the injury was not further traumatized but the actual sensation was enriched.

Barbara Lewis: Can you take something in a singer's life and relate it to what you just said so that we understand these kinds of tiny movements and how they can make a difference to us as artists?

Click NOW to continue learning about judo expert, Moshe Feldenkrais and how his ideas can help YOU to SING BETTER!

Back from Moshe Feldenkrais to Singing Tips With Barbara Lewis
[?]Subscribe To This Site